"I never leave the house now without my SUBPAC, it's very very necessary in my hit making progress!"

Grammy Nominated and Multi-Platinum selling producer Ron “Yonni” Ferebee, a Cleveland Ohio native, has been producing music since 2005 for major hip hop and R&B artists such as Lil Mo, Trina, Lil Wayne, Trey Songz, Nicki Minaj, Sean Paul, Juicy J, Justin Bieber, Missy Elliot and many more. His first major placement was with one of hip hop’s biggest artists, Lil Wayne, on his multi platinum album: The Carter II. In the same year, he teamed up with duo 216 (also Cleveland natives) and “U Should Know” and landed a spot on the soundtrack for MTV Films’ highest-grossing film, The Longest Yard.
Read More......Read Less

After signing a publishing deal with Royalty Network, Yonni appeared on B.E.T.’s 106th & Park, as a guest judge for Freestyle Friday for three weeks. Yonni seemed to go into over drive in 2007, he landed several album placements and songs with Birdman, Hell Rell, Mya, Lil Mo, Tum Tum, Trina and again Lil Wayne. Yonni built more than production for some of these artists, be built a close personal bond with them, which is not also possible for many producers to achieve. From Mya to Trina, Busta Rhymes to Missy Elliot and Mc Lyte, Yonni’s relationships grew as well as his production credits.

Trey Songz “Say Aah” featuring Fabolous (Produced by Yonni) became a huge hit, especially with fans, making it Trey Songz first Top 10 Hit off of his album “Ready”. “Say Aah” climbed the Billboard Charts (including R&B and Radio) and a video was shot for the record. The video and behind the scenes footage reached a combined of over 2 million hits on fans Youtube pages, and the video for “Say Aah” was featured on MTV2 as Jam of the Week. The “Say Aah” video was also featured as the second half of the B.E.T 106th & Park premiere of Trey Songz video for “I Invented Sex”, which charted for weeks on the
countdown. Trey Songz album “Ready” was nominated for a Grammy, one of the biggest honors in music for Best Contemporary R&B Album. Yonni’s recent production credits include Sean Paul’s Single “Entertainment” ft 2Chainz, Juicy J & Nicki Minaj, which contributed on the 2015 Grammy Nomination. He also landed placements on Maejorali’s single “Lolly” ft Justin Bieber & Juicy J that garnered over 130 million views on Vevo and has been certified Gold.

Yonni released his latest project titled “If I Want To” in 2014, which features heavy hitters, such as The Game, Christina Milian, Mya, Jeremih, Rock City and more. The Producer has already dropped his first release of 2015, his hit single SnapChat” ft. Leon Thomas, Eric Bellinger, Rayven Justice and Aroc out on iTunes now. 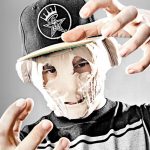 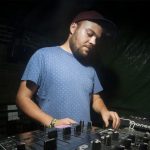 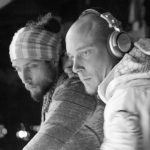 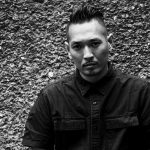 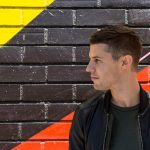 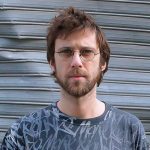