"The SUBPAC has made producing music on the road so rowdy. Not having to rent expensive studios and being able to produce quality beats has been huge! Every one needs to be able to feel that sub."

Mansions On The Moon boast a remarkable resume, having collaborated with N*E*R*D, produced for Mac Miller and toured with Wiz Khalifa and Cherub. Up until now, their output has consisted of a DIPLO and Benzi produced mixtape titled ‘Paradise Falls’ and two EP’s, ‘Lightyears’ and ‘Full Moon’. October will see the release of their first full length album, created against a tumultuous background which represents, in many ways, a rebirth for this talented fourpiece. The record, which strikes a delicate balance between pop-sensibility and tasteful musicianship, offers listeners a first-hand portrayal of the ups and downs encountered on a path to chasing the dream. Read More......Read Less

The first cut taken from the album is the infectious ‘Don’t Tell, a track which dares you not to get up and dance, serving as both a welcome return and enticing teaser for their debut self-titled album. Speaking on the album, the band states:

“The name, “Mansions On The Moon,” comes from the concept of turning a dream into reality, which for us, means making the best music we can possibly create. After countless studio sessions, nights of crashing on friends’ couches, and bus rides to mixing sessions – our Mansion On The Moon is here.”

MOTM has partnered with Pledge Music to offer exclusive merchandise packages through an online pre-sale campaign which will help fund the album printing, production, and tour. With live shows, new music and more coming this year, 2014 is shaping up to be an exciting year for MOTM. Keep your eyes peeled for further updates. 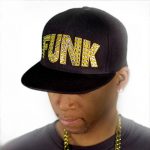 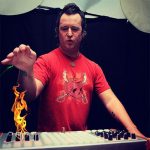