"The SUBPAC hits you like a wall of dual­18 subs on a festival dancefloor. You feel it in your bones, moving your body and morphing your music."

Q&A with LEON SWITCH about the SUBPAC:

What role does “feeling” play in the music you make and love?
Feeling the bass has made such a difference in the creative process. I’ve always loved experimenting with low frequencies and how they sit in the mix, so when I started using my SUBPAC I fell in love. It’s opened up a whole world of being able to produce in a range of ‘alien environments’ and I feel that I can trust what I’m feeling as much as what I’m hearing. I’ve moved studios a lot in the last few years, so to have the S2 SUBPAC in the studio gives me confidence as to what’s there or not in the low end.

Has the SUBPAC changed the way you create, produce or mix music?
Since introducing the S2 SUBPAC into my studio, my creative process has changed considerably. Checking what sounds have what weight in them, is essential to a good mix down and being able to check any conflicts between the low-end of a snare and the punchiness of a bassdrum, are just a couple of examples of where the S2 SUBPAC has made a difference. I love really lush wide atmospheric pads, but they are often accompanied by very wide low end, which is just lethal to a good mix down. The SUBPAC gives me the ability to be able to check in an instant what’s going on. Just having the S2 SUBPAC there whilst writing has made the process more fun and 3 dimensional. Having the feel of the music behind you is brilliant and now (for me at least) invaluable. Read More......Read Less

How could “physical audio” change our relationship to sound and music in the future?
I think that SUBPAC will play a massive part in the way music, film and games are shaped in the future, With the ability to be more submerged in the experience. It’s definitely the way forward…

What excited you about the Feel SUBPAC project?
Ever since I was approached about the feelbass project, I’ve been excited. The whole concept of using sound and vibration in a healing/therapeutic way is amazing, and to be a part of this is an honour. I saw a video of a classroom of deaf children with SUBPAC’s and their reaction was inspiring. I felt I really wanted to be involved.

With a career spanning 16 years and a backlog of releases, Leon has been busy to say the least.
Stemming from a musical background, Leon specialised in lead guitar as his first instrument and spent most of his teenage years in various bands performing anything from Heavy metal to 60’s-70’s Rock’n’Roll.

He first started programming music in 1992 and then bought his first studio setup in 1998, soon to follow was his debut release in 2001 on Unkut Recordings.

2002 saw the birth of Defcom Records along with the partnership of Kryptic Minds, and a massive passion for deep dark Drum and Bass. Read More......Read Less

With releases on imprints such as MetalHeadz, Frequency, Freak, Monitor and Penetration to name just a few, he had recorded and remixed for some of the scenes true pioneers and then 2007
was to see his debut Album ‘Lost all Faith’.

2008/9 and a change of tempo and name, pushed him into the limelight. Now writing under the Kryptic Minds moniker, the ‘One of us’ album was released on Swamp81 and the international touring started.
Reaching places as far as New Zealand, Australia and Hong Kong and then out to places such as Moscow, Siberia, Ukraine, but not forgetting nearly all of europe in his home times…
The releases continued on imprints such as Tectonic and Osiris Music Uk and then Black Box released the ‘Cant Sleep’ Album in 2011.

2013 and Hollywoods motion picture ‘Elysium’ features his track ‘Six Degrees’ at a pinacle moment in the film and then The ‘Namaste EP’ got released and saw the long awaited ‘Badman VIP’ hit the shelves.

2014 saw Leon branch out on his own again and imediately sign to the legendary Distance’s imprint Chestplate, with his debut tracks Deadlock and Persepolisia, alongside his long awaited ‘Leon Switch Presents Deep, Dark Dubstep’ sample pack for Loopmasters.

2016 and his secound release on Chestplate – Intrepid backed with Overlook… 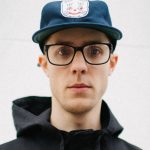 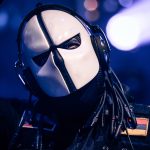 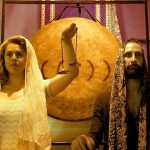 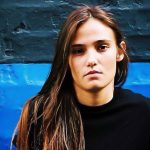 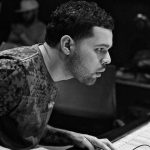 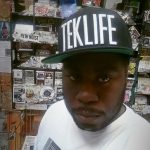 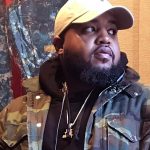