"SUBPAC has taken monitoring to a whole new level altogether. You actually feel the separation in the low end instead of struggling to hear it!"

Pig&Dan are continuing to increase their influence on the scene in 2013 with superb releases and DJ gigs around the world. Some highlights already are spanking new tracks for the 100th release on Sven Vath’s Cocoon Records and Monika Kruse’s Terminal M techno imprint. Two Pig&Dan remixes of Inner City’s all time classic “Good Life” should also not be missed, along with a collaboration with John Digweed & Nick Muir on Bedrock. Pig&Dan’s ELEVATE label is going from strength to strength, with six stunning releases in the first six months of the year, including tracks by Patch Park, MiniCoolBoyz, Broombeck & Felix Krocher, alongside their own huge productions. They are now establishing ELEVATE parties around the globe, developing a new concept linking the label release and exciting events. Read More......Read Less

2012 was an incredibly exciting year in Pig&Dan’s marking the decade milestone in their illustrious partnership. After releasing their critically acclaimed fourth studio album Decade (Soma) the dynamic duo celebrated with incredible amount of top 100 releases on Beatport during the year. Their amazing flow of monster productions on the world’s top Techno and Tech House labels such as Soma, Bedrock, Cocoon, Suara and Tronic, was usurped in November 2012 when Pig&Dan launched their brand new label ELEVATE.

If you know Pig&Dan’s work, then you know that they are well known for producing and playing music that is far from linear. They’re always looking to push the envelope with genre-bending music and are devoted to creating something special that gets right under your skin and elevates the spirit. Pig&Dan are constantly spreading their word by playing at some of the best clubs and festivals worldwide.

Looking back to where it all started, the meeting of minds during a chance encounter of Igor Tchkotoua (Pig) and Dan Duncan on a flight to Spain in 1999, sounds like the opening scene of a Hollywood movie. Certainly neither musician could have the written the script of what happened next. Recognizing a mutual philosophy, and using their own musical background that dated back to the start of the dance scene, they combined to create a slick production outfit that would entrance clubbers and soon win compilation support from the likes of Sander Kleinenberg, Felix Da Housecat, John Digweed and Nic Fanciulli, amongst many. Most significantly though, their tech tour de force Oh Yeah (2005) signaled the start of their ongoing relationship with Sven Vath’s Cocoon Recordings, which has seen their status as DJs and producers soar on a global level.

From humble beginnings in the late 80s, playing the tea boy and exploring the workings of a recording studio, both Igor & Dan’s experiences stem from an era of primitive technology and old-fashioned production techniques. Dan’s own history saw him as part of the hugely successful drum-n-bass act Intense, during which time he also played alongside luminaries such as LTJ Bukem and Fabio & Grooverider.

When Pig&Dan decided to join forces, they began a truly prolific production schedule – with 18 releases in just over year – establishing their reputation as producers of pulsating electronic music that straddled dark house and high-energy techno, whilst creating their signature style of twisted and experimental breakdowns. These releases on their first label Submission would prove to be merely a steppingstone though. In 2005, they launched their Sonic Society label and focused more towards the edgy minimal sound that would attract Cocoon Recordings, as well as all the leading DJs such as Sven Vath, Loco Dice and Tiefschwarz. As testament to their continued master production skills the disturbingly dark Oh Yeah has been followed by 8 more releases on the seminal Frankfurt imprint, including their own artist album, Imagine.

During this journey, Pig&Dan’s profile as in-demand remixers reached the point where electronic pioneers such as Underworld were coming back for more! Since then, they have created a repertoire that not many can match and have constantly been releasing on respected labels and playing at the best events worldwide. 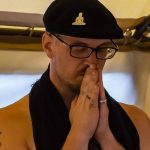 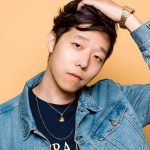 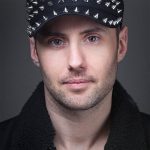 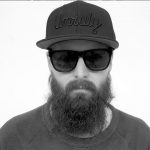